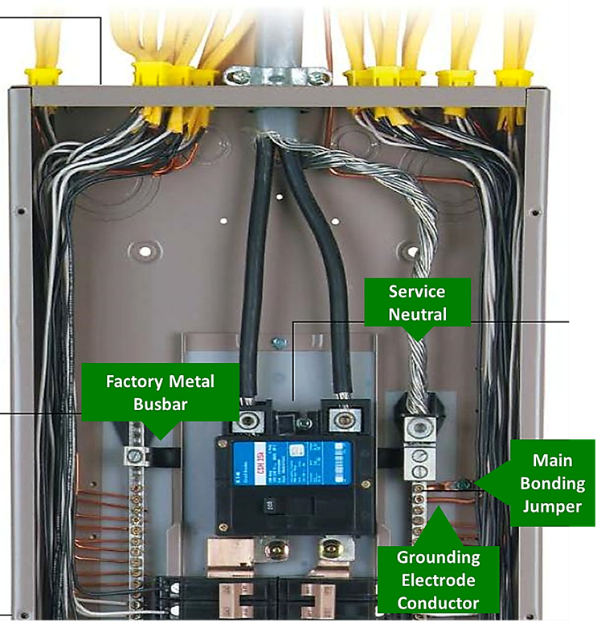 In this 2020 Code cycle a new Informational Note now accompanies the term Grounded Conductor where it is defined in Article 100. The Note has been added to help electricians identify functional differences between Grounded and Grounding Conductors.

In defense of all who have struggled with these terms in the past, both grounded conductors and grounding conductors are in fact grounded. They just have different jobs.

The Grounded Conductor – Part I

Article 100 defines a Grounded Conductor as – A system or circuit conductor that is intentionally grounded.

What about the new Informational Note in the 2020 NEC?

The new Informational Note states- Although an equipment grounding conductor is grounded, it is not considered a grounded conductor.

To the NEC’s credit, the new Informational Note DOES alert the electrician that whenever they encounter the term “Grounded Conductor” in the Codebook they are NOT to interpret it to mean a bare or green-colored Equipment Grounding Conductor (EGC). And that is an important fact. 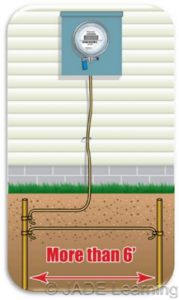 The grounding electrode used for making a reliable connection with earth can be a copper water pipe, a ground ring, a concrete-encased electrode, or a driven ground such as a copper-coated 8 ft. ground rod; or a combination of these.

The Grounded Conductor’s job is to serve as the return path for electrical current in a branch circuit, once that current passes through all loads in the circuit and is returning to its source. A Grounded Conductor according to the NEC is a current-carrying conductor. This is important because a bare or green-colored Equipment Grounding Conductor (EGC) is NOT considered a current-carrying conductor. And this is where the difference lies between these two conductors.

A Grounded Conductor (white or gray) and Equipment Grounding Conductor (bare or green) share these characteristics:

On the other hand, an Equipment Grounding Conductor (bare or green) only carries current during a short-to-ground condition, when electrical current is briefly introduced onto normally non-current-carrying metal parts.

The Equipment Grounding Conductor (EGC), required by the NEC and permitted in the form of metal conduit, metal sheathing on metal-clad cable, or bare or green-colored wire-type conductors, is defined in Article 100 as follows:

Equipment Grounding Conductor (EGC) – A conductive path that is part of an effective ground-fault current path and connects normally non-current-carrying metal parts of equipment together and to the system grounded conductor (service neutral conductor) or to the grounding electrode conductor, or both.

So we see the Equipment Grounding Conductor (EGC) is NOT a current-carrying conductor according to the NEC, but is instead an effective ground-fault path that connects non-current-carrying metal parts, such as a metal panel box, a four-square metal box, or a metal stick of conduit to the Service Neutral Conductor, the Grounding Electrode Conductor (GEC), or both.

The Equipment Grounding Conductor (EGC) is designed to allow unwanted fault-current to travel back to its source by way of a low-impedance (unobstructed) electrical path.

This low-impedance path allows the current to quickly meet and exceed the rating of the overcurrent device protecting the circuit, so that circuit breaker or fuse will immediately trip and de-energize the exposed metal parts. 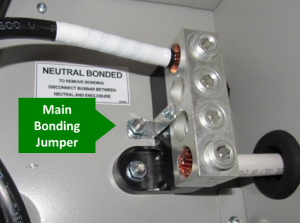 On a final note, an observant electrician will wonder: Why is the Service Neutral Conductor attached to the metal enclosure of the first means of disconnect using a Main-Bonding-Jumper (MBJ)?

The short answer is – Equipment Grounding Conductors (EGC) for branch circuits are terminated onto a terminal strip in direct contact with the metal panel box. When a short-to-ground occurs on an appliance (or other equipment) somewhere in a home or business, the shorted current rushes back to that metal panel box by way of the Equipment Grounding Conductor (EGC). When the current reaches that terminal strip and metal panel box, if the Service Neutral Conductor is NOT attached to that metal box, the fault current will try to make its way back to its source (the utility company transformer) by way of the Grounding Electrode (e.g. ground rod) driven in the earth. The earth is a poor conductor and current cannot move fast enough through the earth to trip an overcurrent device (under most circumstances.) Therefore, the metal that is not supposed to be energized may remain energized because current cannot ramp up fast enough to trip the 15-amp, 20-amp (or similar) circuit breaker protecting the circuit.

To prevent this, the Service Neutral Conductor that originates at the transformer is connected to the metal panel box through the Main-Bonding-Jumper (MBJ), and this offers a low-impedance path for fault-current to flow back to the transformer, thereby tripping the overcurrent device.

Ground rods are not installed to trip circuit breakers and fuses during a fault condition. Actually, they can’t trip these overcurrent devices under most conditions…But that is a topic for another day. 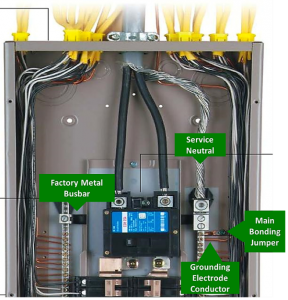