Conduit and Cables Exposed to Sunlight on Rooftops 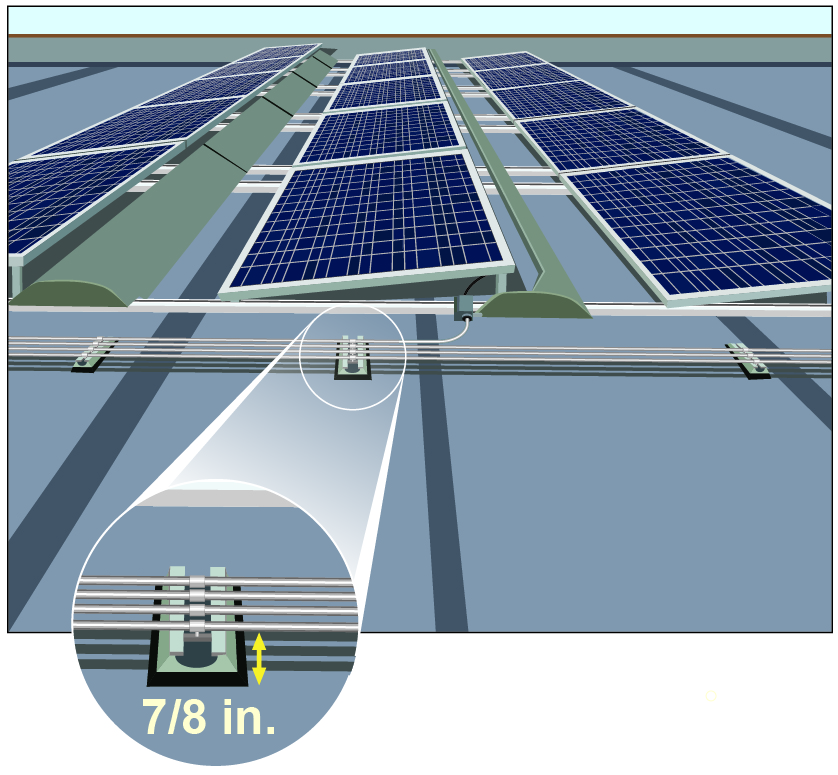 Anyone who has been on top of a roof on a hot summer day knows what it’s like to stand in the middle of an oven. Extreme temperatures from the sun can bake everything in sight, from shingles to appliances, and even electrical conductors and conduit.

Conductor insulation is meant to provide long lasting protection from expected heat due to the flow of electricity and normal environmental factors. However, excessive heat from solar radiation can damage conductors and cause premature failures.

Electricians may wonder how additional heat from the sun impacts rooftop conductor and conduit installations. Does heat from the sun change permitted ampacity of conductors? Depending on conduit placement, conductor ampacity may be greatly reduced because of solar radiation on rooftops. Proper planning of conduit heights before installing conductors on rooftops may lead to significant financial savings.

To see how conduit placement affects rooftop ampacity, the following information is needed:

The difference between copper and aluminum (or copper-clad aluminum) conductors also makes a difference in determining permitted ampacities. Aluminum conductors heat up faster than copper conductors because aluminum has a higher resistance to electricity than copper. Therefore, aluminum wire that is the same size as copper has lower ampacity ratings.

The Number of Conductors in Conduit: Adjustment Factor

Conduit Level Above the Roof

Conduit position above the roof is tremendously important in calculating rooftop conductor ampacity. According to 310.15(B)(3)(c), if the top of the roof to the bottom of the conduit is less than 7/8”, then an additional 60oF must be added to the ambient temperature correction described above. So, if the ambient temperature of a roof is 95oF, and the conduit is less than 7/8” from the top of the roof, you would need to recalculate the ambient temperature to (95oF + 60oF=) 155oF! At first the correction may seem too high. But, if you imagine the wire cooking in conduit that is very close to the roof, you may realize this correction is necessary for the protection of the conductor insulation.

An Exception for Type XHHW-2

According to the exception in 310.15(B)(3)(c), Type XHHW-2 conductors can be used without adding the additional 60oF correction factor, even if the conduit is less than 7/8” from the top of the roof.

How would the 60oF temperature addition affect the ampacity of a conductor if one conduit was 7/8” from the top of the roof and another was less than 7/8”?

In this example, 1/0 copper THHN wire will be used. The terminal temperature rating of the equipment is 75oC. There will be three conductors in the conduit. The ambient temperature is 85oF.

Step 1. Use Table 310.15(B)(16) to provide the starting ampacity of 1/0 copper THHN wire. Since the terminations on the equipment are only rated for 75oC, the conductor ampacity rating must be from the 75oC column, rather than the 90oC column for THHN. The 75oC column rates 1/0 copper at 150 amps at standard ambient temperature.

1 thought on “Conduit and Cables Exposed to Sunlight on Rooftops”

Have you ever wondered why light bulbs, which are referred to as LAMPS in the National Electrical Code are classified the way they[…]

Which Refrigerants Are Environmentally Friendly an[…]

Refrigerants do an efficient job at cooling air inside an HVAC system that is then distributed throughout a home or building. But […]