Do Lighting Dimmers Really Save Money? 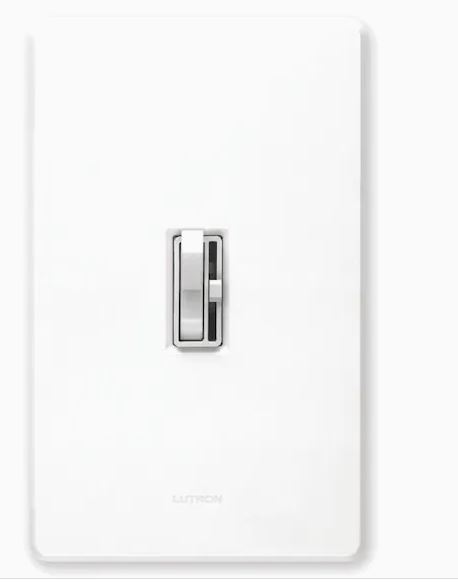 Back in the “old days,” our homes were filled with lighting fixtures containing incandescent bulbs. Incandescent bulbs, developed in the late 1800’s, were known to consume a lot of power. To reduce power consumption and keep the electric bill in check, many people installed lighting dimmers. Let’s look into the difference in savings using dimmers in the past versus using dimmers today and then decide if they are still a money saver.

Back in 1981, a 2500-square foot home with three bedrooms could have as many as twenty light fixtures. Of the twenty light fixtures, you would only typically install a dimmer for the fixtures that were used the most and for fixtures in locations where added ambiance was needed., for example, in living or family rooms and in bedrooms. For the sake of this scenario, let’s say there are ten dimmers. In 1981, the cost to operate ten 60-watt light bulbs for 6 hours was about $5.40 a month, without a dimmer. Now we know why Dad was so angry to find lights left on! If we had used a dimmer and dimmed the ten, 60-watt bulbs to 50-percent, we would have had a monthly bill of just $2.70.

If we look at the big picture and compare the savings over a year, it would look like this: the yearly electric bill without dimmers is $64.80, and with dimmers $32.40. These costs are based on the 1981 rate of just five cents per kilowatt-hour. Dimmers did save some money, but maybe not as much as people thought. (Don’t forget though, the minimum wage was just $3.10 an hour!)

In 2021, a 2500-square foot home with three bedrooms could have as many as thirty light fixtures containing light emitting diodes or LED’s. These fixtures could have built-in LED strips or can contain LED bulbs. Either way, it is safe to say each fixture could have a power consumption of just 9 watts using LED technology. For the sake of equal comparison, let’s say today’s home is also dimming ten light fixtures. Today, the cost to operate ten 9-watt LED light fixtures for 6 hours a day is about $1.51 a month. With dimmers installed (reducing the power consumption to 50%), the cost is about 75 cents a month or around just $9 per year.

The average electricity cost today is about 12 cents per kilowatt-hour. It’s clear to see, even though the cost of electricity has more than doubled since 1981, our electric bills have gone down. And, although LED technology is the main reason for the decreases in power consumption, the dimmer will save you some money, too. By using advanced dimming equipment and LEDs, a large commercial office building could have savings of thousands of dollars over a year, depending on the size of the facility and number of hours that the lights are in use.

Start saving more tomorrow. You will see the biggest savings by purchasing the latest LED lighting technology. Either way, make Dad proud by turning off your lights when they are not in use!

1 thought on “Do Lighting Dimmers Really Save Money?”

Top 5 Reasons to Become an Electrician

#1: Tons of Career Options. In the electrical world there are many career paths to choose from. You can work as an outside lineman[…]

We’ve talked in the past about how drought conditions can negatively impact drinking water systems. However, to the inverse, the[…]

Phenolic insulation is an alternative to galvanized sheet metal. Many HVAC professionals have turned to this option when installin[…]