Stepping Up and Stepping Down: Using Transformers to Change Voltages to Desired Levels 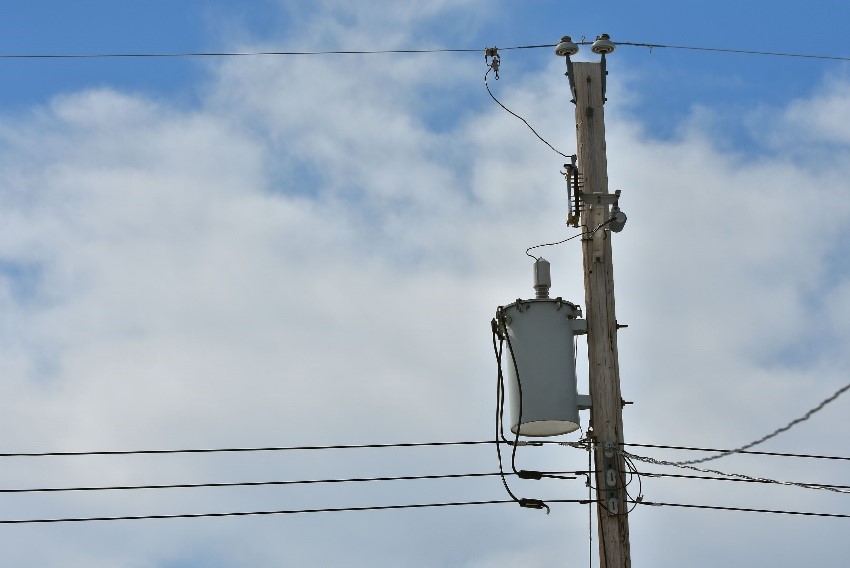 Transformers are used when power voltages need to be changed, or transformed, to other levels. Sometimes voltages need to be increased when sending power long distances. Other times, voltages need to be decreased for equipment that uses the power. Regardless of whether the voltages are being stepped up or stepped down, the same process of changing windings is used to transform voltages to different levels.

to 25KV. For this power to travel long distances, the voltages are often increased to 400 KV or more. Higher voltages have less power loss over distance, while lower voltages lose power more quickly.

As the transmission lines get closer to where the power will be used, the power is stepped down, lowering the voltage levels. Generally, power lines near residential houses will be stepped down to a level of about 13.8KV before using another transformer to drop the power again to the 240 volts that are needed for most residential structures.

Inside houses, the power may be stepped down yet again to power or charge electronics. Many cell phone chargers operate at 5 to 12 volts. This means that a transformer needs to be used to reduce the power from the outlet in the wall (around 120 volts) down to 5 to 12 volts.

These types of transformers use magnetic fields and induction to change voltage levels.

If you take two magnets and try to push them together on the same magnetic pole (north to north or south to south), you will feel them push away from each other.  That is because invisible lines of force are pushing against each other and forcing the magnets apart.

Transformers change voltages by altering the number of windings on each side of the core.

For instance, if you wanted to take the power from a 120-volt outlet and step it down for a 12-volt charger, you would need to have less windings on the side of the transformer that goes to the charger. In this situation, there would be 10 times more windings on the primary power side (120 volts) than the secondary power side (12 volts). So, if the primary side had 1000 windings, the secondary side would need 100 windings.

Other voltage levels can be attained by altering the number of windings on either side of the transformer.

Water usage is a complex issue that involves cooperation and planning for the future. Water is a shared resource that communities […]

How to Find Your Next Electrical Lead Man

In the electrical industry we sometimes see the term “lead man”. This “leader of men”, or foreman, is the key to a success[…]

America’s water and wastewater infrastructure is old. Many of these systems have been in the ground close to 100 years. This inf[…]