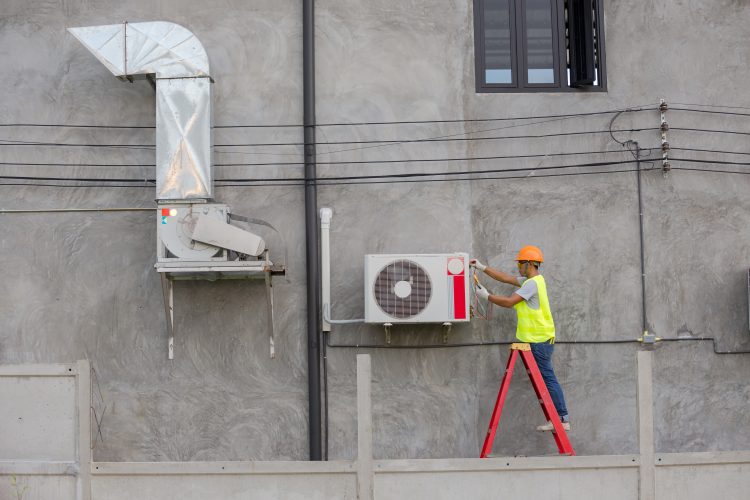 Despite their stellar performance in transferring heat, we now know these chemical compounds have disadvantages that outweigh their benefits. These early refrigerants contain chlorine, which we later discovered does considerable damage to the stratospheric ozone, the protective layer at the top of earth’s atmosphere.

The Montreal Protocol of 1987 addressed the need to control consumption of ozone depleting substances, and signatory countries agreed to develop a program to phase out their production and importation. With five amendments to the original agreement and the participation of over 190 countries, the world is addressing the environmental damage done by refrigeration and air-conditioning systems utilizing CFCs, HCFCs, and now, HFCs (hydrofluorocarbons).

Hydrofluorocarbons (HFCs) were the first “substitute refrigerants” allowed for use by the United States Environmental Protection Agency (EPA). Containing no chlorine, it was believed that these refrigerants were less harmful to the environment, as they did not damage the stratospheric ozone. Further study, however, revealed that HFCs were a considerable contributor to the problem of greenhouse gases and global warming. The GWP (Global Warming Potential) of a refrigerant is its comparison to carbon dioxide (CO2) as a greenhouse gas. R-134a refrigerant, for example, with a GWP of approximately 1400, means that one pound of R-134a released to the atmosphere is the same as releasing 1400-pounds of carbon dioxide.

The Search for Safer Refrigerants

To replace the affected refrigerants with products that accomplish the same level of heat transfer is no easy task. Additional substitute refrigerants may include hydrofluoroolefins (HFOs), hydrocarbons (HCs), or natural refrigerants such as ammonia (NH3, R-717), water (H2O, R-718), and carbon dioxide (CO2, R-744). Though the substitutes do not damage the stratospheric ozone and may have a lower GWP, each has certain disadvantages:

HFOs, such as R-454C (GWP 148), R-513A (GWP 573), and R-1234yf (GWP <1) offer a lower GWP, but R-454C and R-1234yf are both ASHRAE Standard 34 safety classified as A2L (low toxicity, mildly flammable) and thus, require special considerations in handling and disposal. R-513A is classified as A1 (low toxicity, no flame propagation), the same classification as many of the existing higher GWP refrigerants.

HC refrigerants have readily recognizable names such as ethane (R-170), propane (R-290), and isobutane (R-600a). They are all classified as A3 refrigerants, meaning low toxicity but high flammability. Their GWPs are all extremely low, typically less than 5 overall. This low GWP rating makes them very acceptable for environmental reasons, but their high flammability makes them more hazardous to store, dispense, and remove.

HC refrigerant systems must be specially designed to handle a flammable refrigerant while minimizing the risk of fire or explosion, and technicians that install and service the equipment must be trained to handle them safely. The maximum charge sizes for equipment designed for hydrocarbon use is small by comparison to other systems. At the present time, their use is limited to small equipment such as refrigerators, freezers, ice machines, and some air conditioners. Many HC refrigerants can be legally vented to the atmosphere instead of recovering them, but all governmental rules and safety protocols must be strictly followed.

Natural refrigerants have been used for more than a century in some instances, but they are not suitable for every application. Water (R-718), for example, is very safe and inexpensive, but does not work as the primary refrigerant in compression systems at the pressures and temperatures required for a cooling process. In absorption systems, however, water is highly effective as either a refrigerant or an absorbent.

Ammonia (R-717) is widely used in industrial refrigeration such as food processing and cold storage. It has an extremely high rate of heat transfer capability, is relatively inexpensive, and works well at the pressures and temperatures necessary. It is, however, extremely toxic, and slightly flammable, making it more hazardous to work with. R-717 is classified as B2L: high toxicity and low, low flammability.

Carbon dioxide (R-744) has reemerged as a compression refrigerant in some systems, and it works well in the process of heat transfer. Unfortunately, to provide the cooling necessary, R-744 operates at extremely high pressures, with the system discharge pressures often exceeding 1000 psi. In addition, the critical point of R-744 is quite low, requiring many systems to operate above the critical point (supercritical). The critical point is the point where liquid and vapor coexist, with no distinction between the two phases.

The world of refrigerants is changing. Manufacturers of refrigerants and refrigeration systems are constantly searching for better ways to accomplish the goals of heat transfer while doing as little damage to the environment as possible. It is a worthwhile goal, and it requires every building owner, manager, and HVAC-R technician to get the proper training to deal with the changes safely and effectively.

1 thought on “A World of Change: Refrigerants & Environmental Challenges”

The renewal deadline for CE hours is approaching fast! All New Hampshire licensed master and journeyman electricians have to comp[…]

The average consumer does not understand the potential dangers related to electricity and pools, so they rely on you, the electr[…]