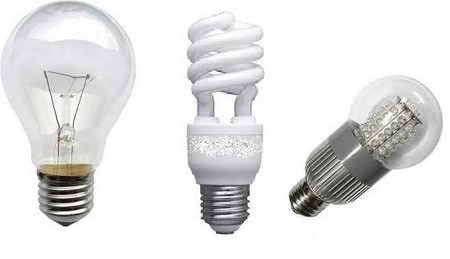 Have you ever wondered why light bulbs, which are referred to as LAMPS in the National Electrical Code are classified the way they are? With entire aisles in home improvement stores devoted to this humble product, the seemingly endless options can feel overwhelming. What exactly do labels such as A19, G25, and T12 mean? The system for identifying bulbs is actually simple, straightforward and consistent. Once you learn a few basics, you’ll be able to see bulbs in a whole new light!

The labelling system for bulbs can be broken down into two distinct parts:

(1) The shape of the bulb, signified by the bulb letter prefix.

(2) The size of the bulb, designated by the number that follows the letter.

First, we will consider a few letter prefixes for some of the more common bulb shapes:

“A” stands for arbitrary, this is the classic bulb shape that most of us grew up with. This light bulb resembles an inverted pear and is most often produced in traditional incandescent form- which simply means the light emitted, is the result of a filament heated within the bulb. The incandescent A-shaped bulb has been in use for over 100 years and has often been used as the symbol of a good idea! But, because these bulbs are relatively inefficient, and often produce more heat than actual light, the incandescent type light bulb has been the subject of a permanent phase-out program here in the United States, for some time. However, for those of us steeped in tradition, with an unwavering need to illuminate our abode with this pear-shaped beauty alone, fear not! For there remains for us a middle-ground, a place of neutrality where we can hold fast to our beloved A-shaped classic, while only yielding enough ground to satisfy the energy and cost-saving requirements imposed on all lamps manufactured for lighting in the United States. That “middle-ground” comes in the form of the A19 and A21 fluorescent and LED light bulbs. While maintaining all the allure of their incandescent counterpart, these fluorescent and LED usurpers produce their light in a much more efficient manner.

“T” stands for tubular. The tubular shaped bulb is most commonly configured as a fluorescent style lamp. The tubular fluorescent, like all fluorescent lamps relies on energizing ion gas within the bulb to emit light. “Tubular” is the shape of all T-type bulbs, regardless of whether that T-bulb is a single-pin, bi-pin, or relies on some other type of connection altogether for its power. 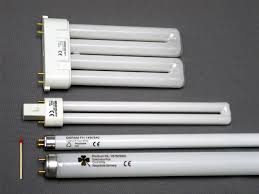 “G” stands for globe, this is another commonly found household bulb. The G-type bulb does indeed don a globe-like shape, and is often found in bathroom vanity light bars where this shape is well suited. 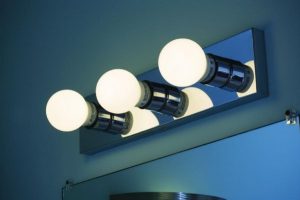 There are many other styles, such as B (bulged) BR (bulbous reflector) PAR (parabolic aluminized reflector) etc. But the A, T, and G shapes are most common.

Once you have determined the shape of the bulb, it’s time to look at the size of the bulb. To determine size, we simply look at the number attributed to that bulb, following the letter prefix that we just discussed. That number indicates the size or dimension of the bulb. Bulb sizing is very straightforward and simple, it is based on the diameter of the bulb at its widest point, measured in eighths of an inch (⅛”). For example, the designation “T12” indicates a tubular bulb that is 12 eighths of an inch (12/8”) in diameter (or 1 ½”). An “A21” is a standard (arbitrary) bulb that is 21 eighths of an inch (21/8”) in diameter at its widest point (or 2 ⅝”). A BR 30 bulb is 30/8” in diameter, or 3 3/4”. This same numbering system holds true for all bulbs, regardless of type.

Do note, the A-shape classic comes in two very common sizes: the A19 and the A21. The A21 is 2/8” or ¼” larger than the A19, but they are still very close to one another in size. Only a trained eye would likely spot the difference.

A third factor in bulb classifications is the style of base. This is the point where the bulb (lamp) makes electrical contact with the fixture (luminaire).  The majority of light bulbs are either screw base or pin base. There are many unique bases for light bulbs, but the most familiar is the Edison screw base.

Edison base bulbs are classified with a prefix/number system as well, but to keep things interesting, this base size is measured in millimeters (whereas bulb size is measured in eighths of an inch.) An E26 is the most common base size used in the manufacturing of incandescent, CFL, LED, and halogen light bulbs. The “E” stands for Edison and “26” means the base diameter measures 26 millimeters across. This base is also referred to as a medium or standard base light bulb.

Smaller base bulbs, such as the candelabra base used in many decorative light fixtures and chandeliers, are designated “E12.” The E12 designation refers to an Edison screw base that measures 12 millimeters across. At the opposite end of the spectrum is the mogul E39 base, which designates an Edison base as well, but measures a whopping 39 millimeters at its screw base. These E39 lamp bases belong to powerful bulbs used in commercial and industrial applications.

Pin base bulbs come in many, many sizes and styles. Bi-pin bulbs are designated with a letter prefix followed by numbers. The numbers refer to millimeters between the pins from center point to center point. A GU24 base has two pins that are 24 millimeters apart between the center points of each pin.

This basic overview of light bulb designations is really just the beginning. Additional features like wattage, lumens, lighting color, etc. are all considerations when selecting a bulb. There are many useful websites out there, such as http://www.lightopedia.com/ that give a detailed explanation of this and other related subjects.

Like many things, identifying light bulbs is quite simple once you learn it. Hopefully this article has helped shed a little light on the subject.

The average consumer does not understand the potential dangers related to electricity and pools, so they rely on you, the electr[…]

The security industry for many years has been split into two very distinct silos, security officers and security equipment. I[…]