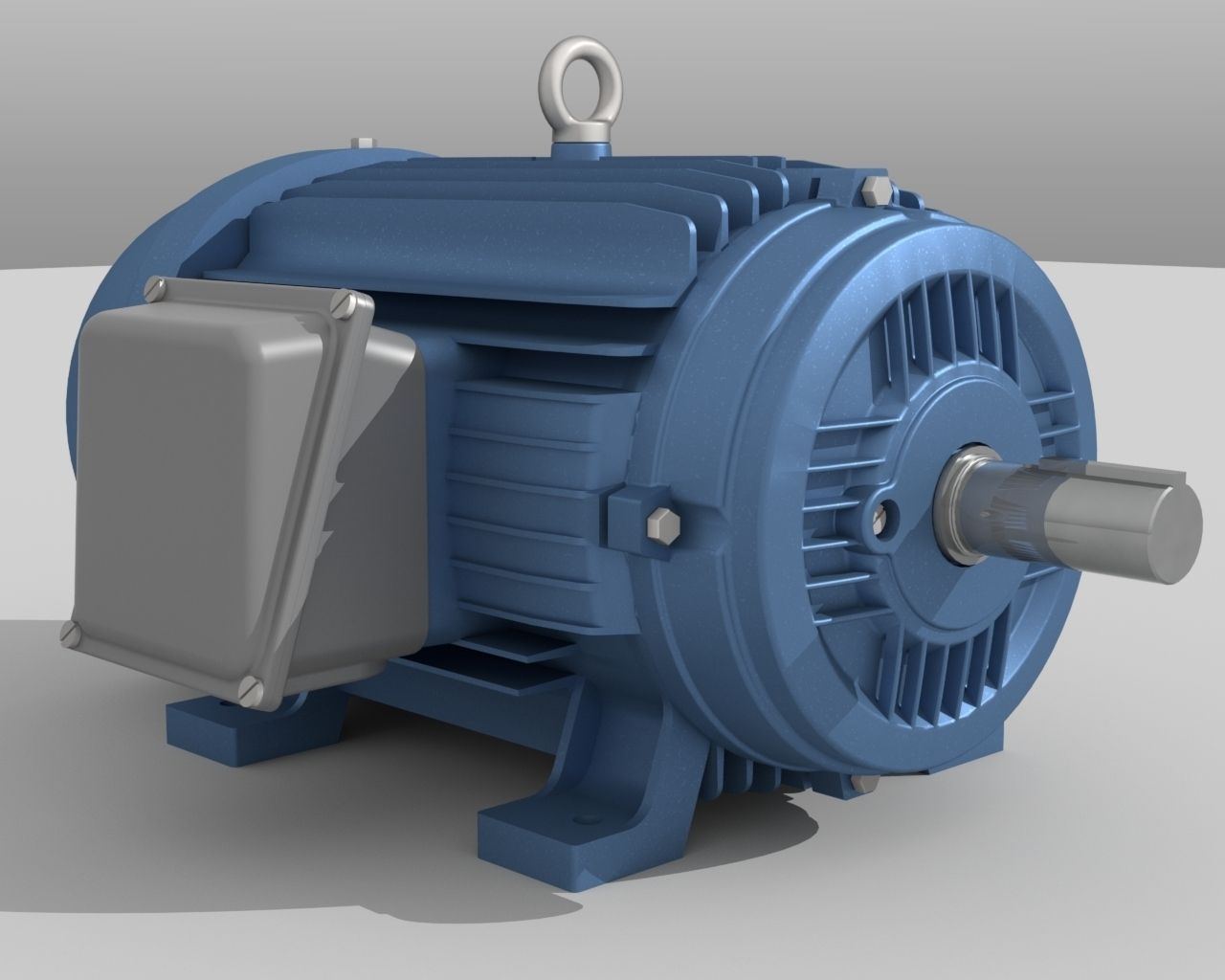 Inrush current, also referred to as “locked rotor current,” is the excessive current flow experienced within a motor and its conductors during the first few moments following the energizing (switching on) of the motor. This current draw is sometimes referred to as “locked rotor current” because the current necessary at startup to begin the rotation of a non-rotating, de-energized motor shaft, is very similar to the extreme current draw experienced for the moments when a motor is overloaded to the point of seizing. In both cases, the current draw is such that is required when the motor is trying to overcome an idle motor shaft.

The over current devices protecting the motor and its circuitry must be able to withstand this brief, but extreme current spike, while still providing appropriate protection against short-to-ground faults and motor overload conditions.

This can be a fine line to walk.

So, what is motor inrush-current? When an AC motor is first energized, excessive current is drawn on the circuit supplying the motor, well beyond the current levels specified on the motor nameplate. High resistance is often encountered when starting a motor from a static (idle) position, and excessive current draw is necessary to begin rotation of the motor shaft.

Often, during the initial half-cycle of electrical current flow experienced at motor startup, (Note: A half-cycle in a 60 Hz electrical system equates to 1/120 of a second duration of time) inrush currents reach levels 20 times greater than the normal current levels experienced during the motor’s normal operating speeds. After this initial inrush of current, the motor begins to rotate. At this point the initial starting current subsides, reducing to a level of current equal to 4 – 8 times the normal running current for that motor. This reduced, yet still largely exaggerated current, is sustained only briefly, as the motor quickly reaches full running speed, where current then subsides to its normal operating level.

Inrush Current and the Motor Components

When considering inrush current, it helps to understand what is going on inside the AC induction motor when we first energize it.  We know the stator windings are energized instantly upon power up. The alternating current (AC) supplied to this winding, produces an alternating magnetic-field, and then induces that field into the rotor.

The difference in the magnetic fields between the stator winding (stationary copper winding group within the motor) and the rotor winding (rotating shaft winding) is the biggest contributor to the initial inrush current experienced at startup.  Once the rotor starts to rotate and then catches up with the stator’s magnetic field, the difference between the two fields is diminished and inrush current drops proportionally.

Of course, we know the standard AC induction motor always experiences some degree of slip; the two magnetic fields never synchronize entirely, as the rotor always lags the stator winding field to some degree. This motor “slip” is specified as percent of slip, and the final torque that is delivered from the motor shaft is the result of the magnetic force induced to the motor shaft, minus that slip.

Understanding the potential for motor starting-current (in-rush current), in addition to the motor’s nameplate voltage rating, horsepower(hp) rating, and full-load-amp (FLA) rating, in conjunction with the NEC, gives us the information needed to properly size the overcurrent / overload protection for that motor.

While we want the OCPD (over-current-protection-device), whether it be a circuit breaker or fuse, to provide maximum protection against shorting and overload conditions, we also need these protective devices to ignore, for a short period of time, the inevitable in-rush current that will be experienced during motor starting.

Inverse time circuit-breakers and time-delay fuses, made available for use by permission found in 430.52 of the NEC, make this short-to-ground protection, coupled with a blind-eye to overload possible. Both the inverse time circuit-breaker as well as the time-delay fuse are designed to endure these massive inrush currents for the few hundredths of a second necessary to get past the initial startup of the motor. Inverse-time breakers achieve this by utilizing an attribute called the “trip-curve,” which essentially allows extreme, exaggerated current to remain on the circuit breaker for up to half a second or longer, while still performing instantaneous tripping of the breaker contacts when an outright short-to-ground current-flow is detected. 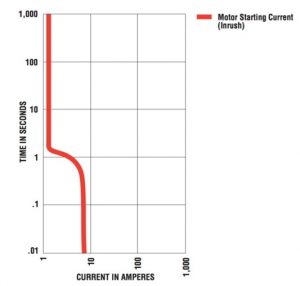 The increase of fuse or circuit-breaker ampacity, ranging from 225% all the way up to 400% of the circuit rating, made available by Table 430.52, does little to resist the aforementioned inrush current. However, this allowed increase in overcurrent device (breaker or fuse) size, does maintain the circuit during the few seconds immediately following that initial inrush current, as the current is subsiding and winding down to a normal operating current.

The built-in delay properties found within these two types of overcurrent devices, coupled with the increase in size that is allowed for these same devices (permitted in T430.52), make it possible for the motor branch-circuit to endure the momentary bombardment of extreme inrush currents experienced at motor startup.

The following guide will assist you in making the correct selection for CB protection.

For standard short-circuit protection using an inverse time circuit-breaker, we use the following:

Fuses Used in Place of Circuit-Breakers

Concerning fuses being selected as the overcurrent device, instead of the inverse-time circuit-breaker, we still use Table 430.52 for initial sizing, but there are additional and more restrictive rules that exist for the upsizing of these fuses beyond the Table, to overcome inrush current. These additional rules and restrictions are found in Code-section 430.52(C)(1).

The pandemic known as COVID-19 is all around us, never more than a miniscule moment away from our conscious thought. There is litt[…]

How COVID-19 Has Impacted the HVAC Industry

The HVAC industry felt the same impact of COVID-19 that many manufacturers in our national economy have experienced. S[…]