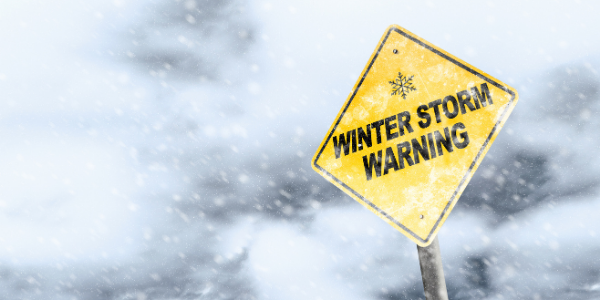 In February 2021, a large winter storm impacted Texas and the surrounding states. These areas suffered greatly from the loss of essentials that included food, utilities, and drinking water. Involved states suffered losses in the billions of dollars along with at least 57 storm-related deaths just in Texas.

Loss of electricity was widespread and many went without access to utilities. In the extreme cold, loss of heat sources for homes and businesses either provided directly by electricity or natural gas left people in danger of succumbing to the cold. Some families died from using their vehicles to warm themselves in closed garages or using their gas stoves to warm their houses.

Emergency electric generators ran out of fuel, and due to transportation problems, generators could not be refueled. The Federal Emergency Management Agency (FEMA) moved to get generators and fuel to some areas. Hospitals and other health care facilities were given priority. Stores, gymnasiums, and other large venues were put to service as warming centers and emergency shelters. Not everyone could use these venues and continued to remain in their cold homes.

Pipes were freezing and bursting. Once the water thawed, damage to the homes and businesses due to water spilling into structures was the next struggle. Utility crews or owners needed to shut down the water at the curb to prevent the onrush of heavy flows of water. And even then, water standing in the pipes had to be dealt with.

An army of plumbers from other states descended on impacted areas to repair the damage as quickly as possible. Another form of aid from private and government sources was also initiated. Concerns for those confined to health care facilities mounted quickly, but first efforts were inadequate at best.

Utilities the public relies on, were nonexistent in most areas. The hub of the utility system is electricity. Drinking water and wastewater facilities are dependent on pumps, treatment equipment, and free running water. Once the emergency generators ran out of fuel, treatment of water, delivery of drinking water, and collection of wastewater ceased. Those facilities that returned to service were running out of treatment chemicals and transportation woes prevented timely delivery of the vital supplies. Boiling water advisories were issued to millions of people and dependence on bottled water skyrocketed.

All this, as mentioned before, comes down to the loss of electricity. Compressors that delivered natural gas to homes, businesses and, most vitally, gas–fired electrical generating plants were totally disabled. Wind turbines froze and solar farms were covered in snow. There was a series of domino effects that caused this catalog of crises to occur.

Whatever electrical facilities still operating and those brought back online were working at a peak capacity. This automatically placed billing at the peak load pricing resulting in electric bills in the thousands of dollars for households. A moratorium on disconnection of electricity was issued and outrage over these huge electric bills by the public and elected officials mounted. Sources say officials knew the state’s power grid was vulnerable, but they didn’t require power companies to prepare for harsh weather. Five officials, and possibly more, have announced resignations from the commission governing the electrical system.

Better planning and implementation of preventive measures are pledged, but the actual results are yet to be seen. Blame has been directed in all directions with agencies and officials directing responsibility at each other. Cooperation and better planning are more important than petty feuds. This is a once in a lifetime event. It may be understandable that agencies assumed this would never happen, but now corrections must be implemented, and better planning will be required.