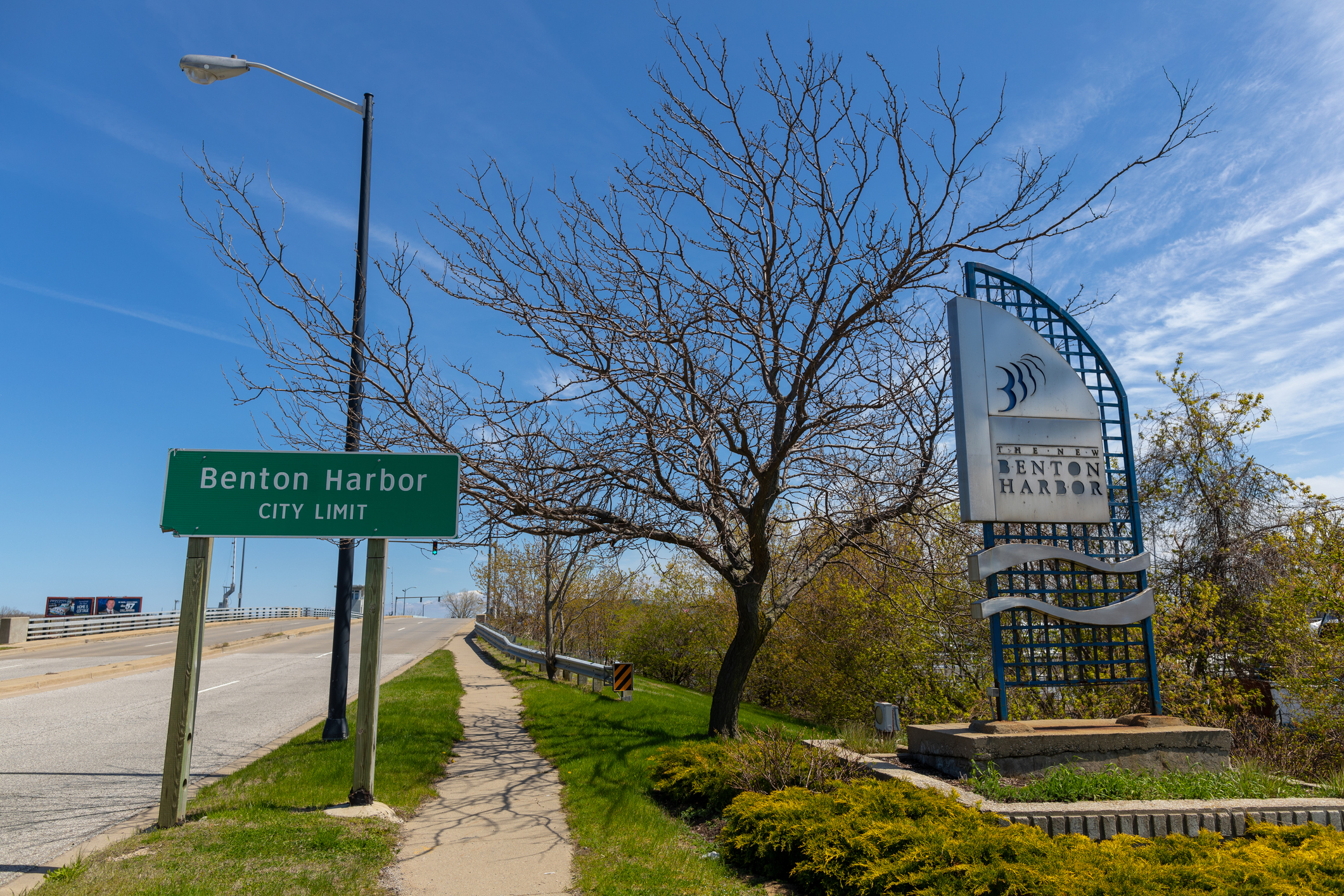 Flint, Michigan gained national attention over the gross mishandling of water issues that caused thousands of young children to be exposed to lead in their tap water. The Flint water crisis may have been resolved, but now another Michigan, Benton Harbor, is suffering with lead in their tap water today. In this article we’ll compare and contrast Flint and Benton Harbor, while also exploring the problems, possible alternatives, and/or solutions.

Flint, Michigan changed their water source from Detroit’s system to the Flint River as a means to save money. The Flint River was highly contaminated and the source water was not treated properly which caused the corrosion of the lead piping infrastructure. Benton Harbor, on the other hand, draws their water from Lake Michigan which is identified as a clean water source. The issue with Benton Harbor is the lead piping infrastructure is already corroded and has been that way for years. In either situation, people are drinking water contaminated with lead.

In Benton Harbor, the aging lead water piping infrastructure is corroding. When these pipes corrode, lead is leached into the system, contaminating the tap water that people consume. This tap water is unsafe to drink or to cook with. For three years, tests of Benton Harbor’s public water system have revealed elevated levels of lead. So why hasn’t the problem been fixed?

Financial woes have pushed cities and towns to make poor public health decisions for a better bottom line. In Benton Harbor’s case, customers are still being charged for the water because it can also be used for cleaning and other purposes, not just for drinking. Insert (gasp) here! The city has also failed to notify residents about the water issue for over a year.

The solutions are simple in theory and difficult in practice. Right now, Benton Harbor residents are being supplied clean, bottled water. Bottled water is a temporary means that is expensive and difficult to distribute, not to mention an extreme inconvenience for residents who are lining up to get water at distribution sites. Those who are homebound require at home delivery.

The best long term solution is to replace the entire infrastructure of lead service lines. This process is very time consuming and expensive. Some of the infrastructure bill funding may offset the replacement costs, but that is still unknown. Some have also alluded to racial bias as part of the reason for not getting the lines fixed sooner. Residents of Benton Harbor are predominately black and at poverty level.

Water contaminated with any level of lead is unhealthy. There is never a time to knowingly jeopardize public health or delay fixing a significant health issue for financial stability. Replacing corroded lead service lines within a reasonable time frame is expensive and time consuming, but it’s the right thing to do.

View the source for this article here.

In February 2021, a large winter storm impacted Texas and surrounding states. These areas suffered greatly from the loss[…]

What You Need to Know to Renew a Connecticut Elect[…]

In Connecticut, electricians must renew their electrical license annually. Below, we’ve put together a guidefor everything you n[…]

The Human Credential: Biometrics Use in the Securi[…]

The security industry is continually innovating to meet new and unexpected needs. This is the basis for innovation. One way the s[…]